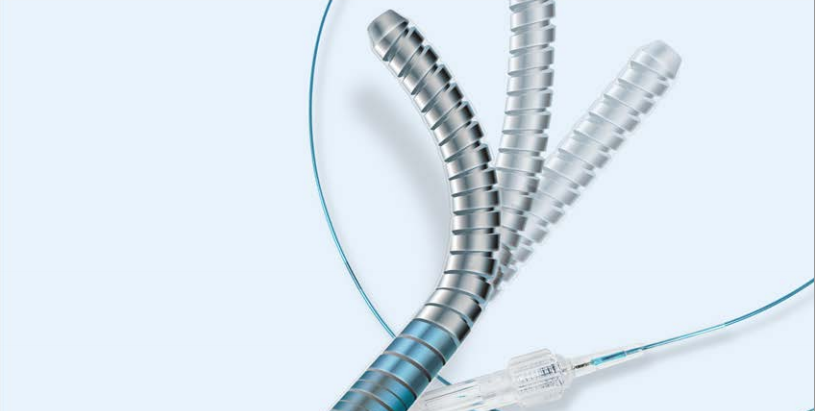 The global microcatheters market is driven by several factors, such as a rise in the prevalence of chronic diseases such as neurovascular, cardiovascular, and urology disorders, increased adoption of minimally invasive procedures, and development of new diagnostic centers and hospitals in developing regions. According to WHO, 17.9 million people die each year due to cardiovascular diseases, an estimated 31% of all deaths worldwide. The inclination toward minimally invasive surgeries is increasing due to its less risk than traditional surgeries because it uses smaller surgical incisions. Thus, the above-mentioned factors collectively are fueling the microcatheter market growth.

The industry players are launching new microcatheters with advanced technologies in the market. The companies are making high investments in R&D to launch unique products in the market. They are also making partnerships and acquisitions in the regions for future expansion. For instance, in March 2021, Boston Scientific (US) announced that it entered a definitive agreement with an affiliate of Baring Private Equity Asia (BPEA) to acquire the global surgical business of Lumenis Ltd (Israel), a privately-held company that develops and commercializes energy-based medical solutions.

North America is expected to dominate the microcatheters market throughout the study period, owing to the growing geriatric population, increasing number of percutaneous coronary intervention procedures, availability and accessibility to technologically advanced products, and increasing government initiatives. According to the US Census Bureau, the US constitutes 34% of the population aged 65 or older, which has increased by 3.2% over a year. Among the different regions in North America, Maine ranks first with the highest geriatric population.An increased aging population leads to a rise in the number of people suffering from chronic diseases,which results in a high number of surgeries performed. This is increasing the demand for microcatheters across the region. Increasing investments in the development of advanced microcatheter to reduce complications during the surgical procedure have surged the level of competition amongst the market players. Moreover, the competitors are launching devices integrated with advanced technologies.

Europe holds the second-largest position in the microcatheters market due to the high demand for technologically advanced products and increased adoption of minimally invasive surgery across the region. In addition, countries such as Italy, Germany, France, Spain, and the UK have a large geriatric population, which is expected to support market growth.

Asia-Pacific is anticipated to be the fastest-growing regional market over the forecast period due to the presence of a large patient pool, increasing prevalence & incidence of target diseases, and growing healthcare infrastructure in Asian Countries. Moreover, other factors supporting the microcatheter market include increasing healthcare spending and government initiatives for strengthening the healthcare infrastructure.

The growth of the market in the Rest of the World is attributed to the technological advancements in microcatheters coupled with the expansion of distribution channels throughout the region.

The global microcatheters market has been segmented into design, product, application, and end use.

By design, the market has been segregated into single lumen and double lumen. The double lumen segment is expected to hold a considerable share of the market in 2020. The double lumen has various advantages, such as easy access to the procedural site. Increasing preference for interventional cardiology procedures of dual lumen microcatheter will augment the market growth in the assessed time period.

Based on application type, the global microcatheters market has been classified as cardiovascular, neurovascular, peripheral vascular, oncology, and urology. The cardiology segment held the largest segment share in 2020, owing to the rise in the prevalence of chronic diseases such as cardiovascular disorders across the globe.

Based on end user, the microcatheters market is classified into hospitals, specialized clinics, and ambulatory surgical centers. The hospitals segment held the largest market share in 2020 due to the rise in the prevalence of target diseases and many surgical and diagnostic procedures performed across these facilities.