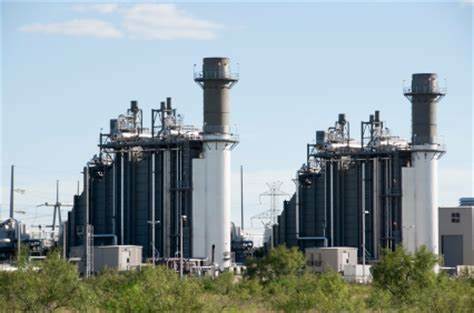 A combined heat and power (MCHP) system, also known as a micro generation system, generates electricity and thermal energy simultaneously from a single fuel source for individual houses, residential buildings, and some commercial offices. Such a system is installed to reduce carbon emissions and fuel costs. MCHP generally operates in applications having up to 50 kW of power capacity.

The increasing demand for energy in residential and commercial sectors has increased the generation of electricity from sources such as coal, natural gas, and oil. For instance, as per the statistical data of the BP Statistical Review of World Energy Report 2020, the global amount of electricity generated using natural gas as a fuel rose to 27,004.7 Terawatt-hours (TWh) in 2019 compared to 26,652.7 TWh 2018. Moreover, as per the US Energy Information Administration (EIA), in 2018, the amount of energy consumption in the US by end-use sectors such as residential and commercial are around 15.68% and 12.38%, respectively.

The global micro combined heat and power market is estimated to register a ~12.20% CAGR during the period from 2021 to 2027

The market for micro combined heat and power is segmented on the basis of capacity, prime mover, application, fuel, and region.

By capacity, the global market has been segmented as up to 2 kW, 2 to 10 kW, and 10 to 50 kW. The up to 2 kW segment is expected to hold the largest share during the forecast period.The up to 2 kW segment refers to MCHP plants that produce power below 2 kW. The MCHP plants included in this segment have extensive applications in cogeneration. Some of the key MCHP technologies covered in this segment are reciprocating engines.

By fuel, the global market has been segmented as natural gas & LPG, coal, renewable resources, and oil.The natural gas & LPG segment is expected to hold the largest market share during the forecast period.Natural gas is a naturally occurring fossil fuel found beneath the surface of the earth at varying depths. It primarily consists of methane with differing compositions of alkanes. The emissions produced from natural gas are lower as compared to other fossil fuels,including coal. Moreover, the rising environmental concerns over carbon emissions lead to the increasing adoption of natural gas as a fuel source to reduce the overall carbon footprint.

By prime mover, the global market has been segmented into stirling engine, internal combustion & engines, and fuel cell. The Stirlingengine segment is expected to hold the largest share during the forecast period. A stirling engine operates via external combustion, wherein all its heat flows in and out through the engine wall. The engine encloses a fixed quantity of permanently gaseous fluid such as helium or air. It operates by expanding and contracting the hot and cold gas, driving the pistons and creating a mechanical cycle. There are two pistons involved: a ‘Displacer Piston’and a ‘Working Piston.’ Performance and reliability are generally higher than internal combustion engines.

By application, the global market has been segmented into residential and commercial. The residential segment is anticipated to hold the larger market share during the forecast period. The segment includes infrastructure that is dependent on MCHP systems for electrical energy. MicroCHP for the Residential is a relatively new technology. Until 2006, the economic viability of the available ‘domestic’ unit’s payback period rendered the micro-CHP technology unfit for domestic use. However, this is all expected to change in the very near future, with many competitively priced units preparing to be released to the wholesale market.

By region, the market is segmented into Europe, Asia-Pacific, North America, Middle East & Africa, and South America. Asia-Pacific dominates the micro combined heat and power market. Countries in Asia-Pacific are developing at a rapid rate in terms of manufacturing output and services offered. However, the growth has also increased the emission rates, and countries such as China and India are among the highest carbon dioxide producers in the world. Some of the major factors expected to drive the growth of the micro combined heat and power (MCHP) market in Asia-Pacific include the growing demand for reduced carbon emissions and the increasing need for energy efficiency.

This research report provides insights into various levels of analysis, such as industry analysis and market share analysis for the leading industry competitors, along with their profiles. It also helps in studying the target segments by providing views on the emerging and high-growth segments. The market data comprises the necessary assessment of the competitive scenarios and strategies in the global micro combined heat and power market, including high-growth regions and/or countries and political and economic environments. The project report further provides both historical market values and pricing & cost analysis.