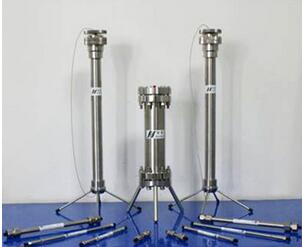 The global chromatography columns market is driven by several factors, such as an increase in life science R&D expenditure and a rise in the production of monoclonal antibodies. For instance, in 2020, the National Institutes of Health (NIH) received funding of USD 42 billion, which was an increase of 7% compared to 2019. Furthermore, the rising demand for biopharmaceutical products due to the increasing prevalence of communicable and non-communicable diseases also supplements the market growth. However, the lack of skilled professionals in the market may lead to growth restraints during the forecast period.

North America is likely to dominate the chromatography columns market in 2020, owing to the presence of key players, increasing investments in R&D, and rising drug development activities in the region. For instance, in 2020, the National Institutes of Health (NIH) was funded with USD 42 billion, which was an increase of7% compared to 2019.

Europe is likely to account for a significant share in the chromatography columns market due to supportive government initiations and rising R&D investments. For instance, the EU had set up the Horizon 2020 with a funding of around USD 95 billion for research and innovations, which ran from 2014 to 2020.

Asia-Pacific is anticipated to be the fastest-growing market during the forecast period due to improving healthcare infrastructure, increasing R&D expenditure, and rising disease burden in the region. For instance, according to the Cancer Council of Australia, around 150,000 new cancer cases were diagnosed, along with around 50,000 deaths were recorded in 2020. Moreover, according to World Cancer Research Fund (WCRF), in 2018, Australia had the highest cancer rate in the world for both sexes at 468.0 per 100,000 individuals. Furthermore, signifying the increase in research spending, according to Statista (Germany), China will surpass the US in R&D expenses in 2021 with an estimated USD 621 billion investment compared to USD 598.7 billion by the US.

Furthermore, the growth of the market in the rest of the world is expected to grow at the least CAGR due to low R&D expenditure and inadequate healthcare infrastructure. However, factors such as government initiatives to bring in technological advancements and expansion of R&D capabilities in the region by global players are expected to provide growth for the market in the region during the forecast period.

By application, the market has been segmented into anion and cation exchange, sample preparation, resin screening, protein purification, and desalting. The protein purification segment is expected to hold the major share in 2021 due to advancements in protein engineering and proteomics.

Chromatography Reagents Market: Increasing grants and research funds for development of various separation techniques is projected to boost chromatography reagents market at a CAGR of ~6.8% during the forecast period of 2021 to 2027