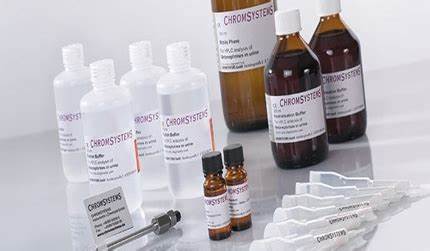 The market has been divided into North America, Europe, Asia-Pacific, and the Rest of the World, based on region.

North America is likely to hold the largest market share in 2021, owing to the presence of a large number of pharmaceutical and biotechnology companies using high performance liquid chromatography technologies. In addition, high government funding for research in the region is anticipated to foster the growth of the chromatography reagents market in North America in the near future. The chromatography reagents market in North America is divided into the US and Canada. Key companies such as Thermo Fisher Scientific (US), Avantor (US), Waters Corporation (US), Bio-Rad Laboratories, Inc. (US), Cytiva (US), Regis Technologies, Inc.(US), Santa Cruz Biotechnology(US), Agilent Technologies, Inc.(US), are facilitating research as well as analysis of products.

According to the 2020 EU Industrial R&D Investment Scoreboard published on 17th December 2020, companies in the European Union invested 5.6% more in R&D during 2019, up from 4.7% in 2018. The German company BioNTechSE, one of the first COVID-19 vaccine developers globally, increased its R&D expenditure by 284% and 158% in 2020 and 2019, respectively. BioNTech (Germany) received USD 445 million from the German government in September 2020. Chromatography is used for achieving maximum purity in the downstream process of vaccines. Thus, the large number of pharma and biotech companies, growing R&D expenditure, and government support for research are anticipated to increase the lucrativeness of the chromatography reagents market in the region during the forecast period.The European chromatography reagents market has been categorized into Germany, France, the UK, Italy, Spain, and the Rest of Europe. A rising number of clinical trials and associations engaged in finding better chromatography and electrophoretic separation techniques are supporting the growth of the chromatography reagents market in the region. For example, the 14th Congress of the French-speaking Association for Separative Sciences (SEP21) is expected to be held in Paris, France, from 5th–7th October 2021. It will cover new technologies, instrumentation, data processing, analytical development, and sample preparation across all applications of analytical sciences, including pharmaceuticals and cosmetics.

The chromatography reagents market in Asia-Pacific has been segmented into Japan, China, India, South Korea, Australia, and the Rest of Asia-Pacific. Traditional medicines are widely used in Asian countries such as India and China. Aristolochic acids are nephrotoxic and carcinogenic compounds and are widely added in Chinese herbal patent medicines.These acids are determined by the modified QuEChERS method in Chinese herbal patent medicines combined with the HPLC-MS analysis system. According to the WHO Global Report on Traditional and Complementary Medicine 2019, as of 2017, more than 60,000 traditional Chinese medicines have been approved, and 4,424 pharmaceutical enterprises have been granted manufacturing licenses. In 2015, the traditional Chinese medicine pharmaceutical industry accounted for 28.55% of the total value generated by the country’s pharmaceutical industry. An increasing number of pharmaceutical manufacturers, along with the rising application of chromatography to assess the purity and safety of traditional medicine, is anticipated to increase the market value in this region. The chromatography reagents market in Asia-Pacific is expected to be the fastest-growing during the forecast period. The market in the Rest of the World has been divided into the Middle East, Africa, and Latin America.

The global chromatography reagents market has been segmented based on type, technology, separation mechanism, and application.

The market, based on type, has been divided into solvents, buffers, derivatization reagents, ion-pair reagents, and others. The solvents segment is likely to hold maximum market share in 2021 owing to its larger utility globally.