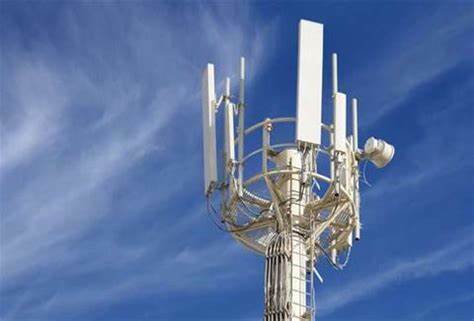 CRI Report has released a report titled “Mobile and wireless backhaul Market – Analysis of Market Size, Share & Trends for 2014 – 2020 and Forecasts to 2030” which is anticipated to reach USD 20.5 billion by 2030. According to a study by CRI Report, the market is anticipated to portray a CAGR of 9.15% between 2020 and 2030. According to the report, The Mobile and Wireless Backhaul Market is predicted to rise due to an increase in mobile subscriber count, increased usage of small cells, the success of 4G and 5G, and the requirement for lower total cost of ownership.

“Due to increased smartphone penetration and improved connectivity, the number of active internet users around the world is fast expanding. Increased internet connectivity has resulted in an increase in mobile data traffic around the world. The need for network bandwidth has risen dramatically as mobile data traffic has gained traction. Mobile carriers are being obliged to enhance their data transmission techniques in order to meet this demand for increased capacity while also delivering high-quality services. As a result, players in the mobile and wireless backhaul industry have an opportunity to improve their solutions. The market for mobile and wireless backhaul is largely driven by consumer demand.”, according to this report

The practice of linking cell site air interfaces to data centers via wireline and wireless networks is known as mobile backhaul (MBH). It allows for complex network timing, high network and user speeds, and synchronization of operations, administration, maintenance, and provisioning (OAMP). Wireless backhauls, on the other hand, depending on microwave and satellite communication infrastructure to connect nodes to the centralized server and deliver internet, voice, and video data. They’re currently getting a lot of traction over wireline networks, which necessitate big macro sites and raise infrastructure costs.

Global Mobile and wireless backhaul market is segmented by Component into Equipment and Services [Designing & Consulting, Integration & Deployment]. During the forecast period, the Services segment of the Mobile and Wireless Backhaul Market is predicted to increase at a faster rate. Services allow for the development of a cost-effective, comprehensive, and programmable backhaul transport solution while lowering expenses and increasing operational efficiency. Mobile and wireless backhaul service providers offer consultancy services for building the most appropriate topologies and network designs to make the transformation of mobile transport networks easier.

Get Valuable Insights into Global Mobile and wireless backhaul Market

In the new report, CRI Report thrives to present an unbiased analysis of the global Mobile and wireless backhaul Market that covers the historical demand data as well as the forecast figures for the period, i.e., 2021-2030. The study includes compelling insights into growth that is witnessed in the market. Global Mobile and wireless backhaul market is segmented by Component into Equipment and Services [Designing & Consulting, Integration & Deployment], by network type into G, 4G, and 3G & 2G. Geographically, the market is segmented into North America, Latin America, Europe, Asia Pacific, and Middle East, and Africa.