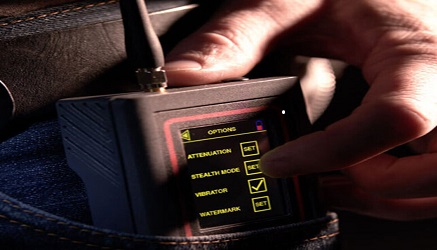 Growing construction activity for new transit locations,including ports and airports, increasing passenger traffic, and significant growth in air and freight cargo shipment are expected to boost the demand for contraband detectors to ensure safety.As per a report by the International Air Transport Association, the global volume of air freight is expected to witness exponential growth as total freight volumes surpassed 62 million metric tons in 2019 compared to 57 million metric tons in 2016.

Based on screening type, the contraband detectors market has been categorized as people, baggage & cargo, and vehicle. The baggage & cargo is projected to account for the largest share during the review period. Early adoption of the technology in the baggage & cargo segment and the use in theatres and malls have led to the growth of technologies in this segment. The advancements in material sensing and tactical deployment in sensitive areas are expected to revolutionize the contraband detectors market as well, with new technologies introduced, which will boost the reach and capacity of detectors globally.However, the vehicle segment is predicted to register the highest CAGR owing to the increasing adoption of this technology.

Based on the technology, the contraband detectors market has been categorized as-ray, metal detection, spectrometry & spectroscopy, and others. The X-ray segment dominated the market in 2019owing largely to consumer preference as the technology and ease of adoption. Spectrometry & spectroscopy technology is also projected to witness increasing market share owing to growing awareness regarding the technology coupled with increasing tangible results presented through the extensive use of detection devices. The metal detection segment is expected to register the highest CAGR during the forecast period from 2021 to 2027, owing to the growing application of technology in airports, ports, and large social gathering venues.

The contraband detectors market has been segmented, by region, into North America, Europe, Asia-Pacific, and the rest of the world.

North America, followed by Europe, is expected to be the largest market in the forecast period owing to the high concentration of market players and the abundant availability of competent technical expertise. Additionally, the increasing demand for operative contraband detectors and effective surveillance management of large events and the rising consumer interest in technologies in the region further drive the growth of the contraband detectors market. Additionally, the market in Asia-Pacific is projected to register a significant CAGR during the forecast period.