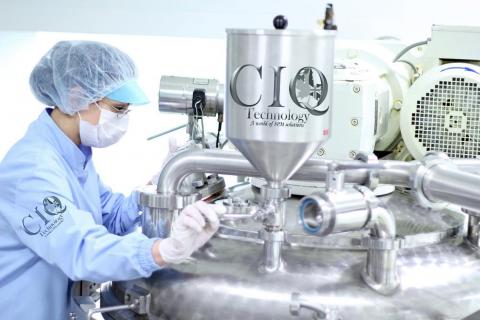 The global IPM pheromone products market is projected to exhibit a CAGR 8.54% during the forecast period of 2021 to 2028.

The global IPM pheromone products market is projected to be valued at USD 2,850.60 million by 2028, recording a CAGR of 8.54% during the forecast period.The growth of the IPM pheromone products market is anticipated to be driven by several factors during the forecast period from 2021 to 2028. One of the key factors is increasing commercial agriculture worldwide. Additionally, awareness regarding food security and concerns over the ill effects of synthetic crop protection chemicals are growing. The awareness regarding IPM pheromone technologies among the farmers is also growing.However, farmers are facing three types of barriers such as institutional, social, and management. Inadequacy of IPM materials, availability of pesticides, lack of coordination between farmers and extension agents, fear about the IPM program, and no discrimination about the price of IPM and non-IPM vegetables are some of the major barriers faced by the farmers to adopt Integrated Pest Management (IPM). All these factors are likely to hamper the growth of the market during the forecast period. Furthermore, technological advancements in several types of IPM offer lucrative growth opportunities to the market players.

The global IPM pheromone products market has been segmented based on type, end use, distribution channel, and region.

Based on crop type, the global IPM pheromone products market has been segmented as food crops, cash crops, plantation crops, and horticulture crops. The horticulture crops segment accounted for the largest market share of 34.80% in 2020, where as the cash crop segment is expected to record the highest CAGR of 8.62% during the forecast period. Cash crops are specifically grown to earn profit. Most common examples of cash crops include sugarcane, cotton, hemp, and jute. Wide-scale adoption of cash crops has played an instrumental role in raising farm incomes and widescale adoption of commercial agricultural practices. Like all crops, cash crops are highly susceptible to pest attacks. Chemical pesticides are a preferred weapon to check the pest menace.

Based on insect type, the global IPM pheromone products market has been classified as a moth, weevil, fruit fly, beetle, and others. The weevil segment is expected to exhibit the highest CAGR of 8.65% during the forecast period. Weevils are a type of beetle belonging to the family Curculionidae of order Coleoptera. They are also known as ‘snout beetle’ due to elongated snouts in the front part of their body. Many varieties of weevils are considered pests because of their ability to damage and kill crops. They feed on various types of horticultural, plantation, and food crops and have a huge impact on crop yields across the world.

Geographically, the global IPM pheromone products market has been categorized as North America,Europe, Asia-Pacific,South America, and Middle East & Africa. As per CRI analysis, North America constituted a dominant share of the IPM pheromone products market in 2020. Various governmental and non-governmental bodies such as the IPM Institute of North America and the University of California Statewide IPM Program actively promote wide-scale adoption of IPM systems across the US and thereby support the demand for IPM pheromones products in the region.Exponential demand for sustainably produced organic food products is expected to provide a major boost to the product demand over the forecast period in Europe. The Middle East and Africa are the leading exporters of cocoa, dates, rice, cotton, and cashews. The adoption of stringent pesticide residue norms in key export markets located in the North America and Europe region poses a major economic challenge to these countries. As a result, the Rest of the World region is progressively adopting integrated pest management systems to reduce pesticide residue levels, thereby driving the demand for IPM pheromones.