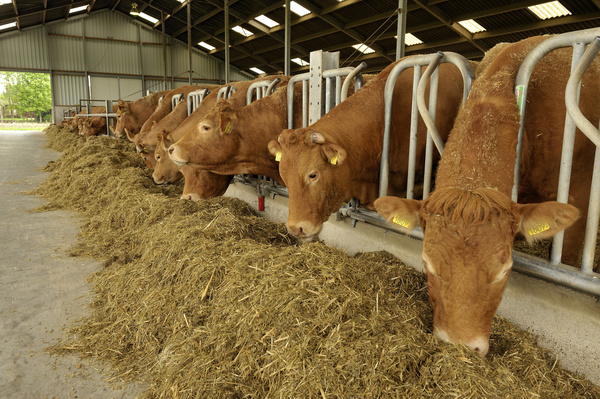 The global feed phytogenic market is projected to exhibit a CAGR of 9.20% during the forecast period of 2021 to 2028.

The global feed phytogenic market is projected to be valued at USD 1,620.76 million by 2028, recording a CAGR of 9.20% during the forecast period. Increased demand for natural feed additives and a negative preference towards feed antibiotics are likely to support the growth of the global feed phytogenic market. The emergence of new technologies such as encapsulation and increasing demand for organic and safe meat is expected to create lucrative opportunities during the review period.

The global feed phytogenic market has been segmented based on type, function, livestock, and region.

By type, the market has been divided into essential oils, herbs & spices, oleoresins, and others. The essential oils segment accounted for the largest market share in 2019, whereas the herbs & spices segment is expected to record the highest CAGR of 9.34% during the forecast period. One of the most common feed phytogenic is essential oils. The consumption of essential oils helps in a variety of ways, including antimicrobial, antioxidants, and digestive stimulant activities.Apart from these, it also positively affects growth performance, gut health, and meat quality. The essential oils exhibit high antioxidant activity attributed to their two main phenols, carvacrol and thymol. They are widely used in poultry nutrition due to their ability to maintain good metabolism.

Based on function, the global feed phytogenic market has been classified as performance enhancer, palatibility enhancer, and others. The performance enhancer accounted for the largest market share in 2019. Phytogenic feed additives are also known as natural performance enhancers. The growth-promoting properties of feed phytogenic such as essential oils, herbs & spices, and oleoresins are expected to drive the market demand. Essential oils have the potential to increase the palatability of diets, thus stimulating voluntary feed consumption in livestock. Also, the addition of phytogenic additives to diets increased feed intake in the lactation period. Furthermore, a study conducted by Biomin showed that Biomin P.E.P., a phytogenic formula with a blend of essential oils and fructooligosaccharides (FOS), reduced biogenic amines’ levels and ammonia, as well as the contents of volatile fatty acids, in the caecum and colon.

Based on livestock, the global feed phytogenic market has been classified as poultry, swine, ruminants, aquaculture, and others. The aquaculture segment is projected to exhibit a higher CAGR during the forecast period. Aquaculture is also referred to as fish farming. In this, fish, shellfish, algae, and other organisms are cultivated under controlled conditions. The increasing demand for fish meal and fish oil is expected to cater to the demand for feed phytogenic in aquaculture. According to the report published by FAO, aquaculture is the fastest-growing food production sector and is projected to reach over 109 million tons by 2030.

Global A2P messaging Market is expected to project a notable CAGR of 3.4% in 2030.