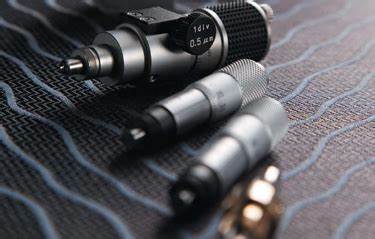 The global military actuators market is projected to register a CAGR of 5.9% between 2021 and 2027. Actuators are essential for the functioning of a wide variety of military components and systems, including valve control, canopy,flaps, ram air doors, cargo locks,cabin doors, canopy, surface trim, and weapons systems. Actuation systems play a crucial role in the automation of torque provision,motion control, and military equipment. Military vehicles, including cannon carriers and tanks, function smoothly and efficiently with the help of customized actuation systems. High-performance capabilities, such as optimized force capabilities and flawless motion control, are needed for equipment and systems used in military operations as they are usually operated in difficult and unfavorable weather conditions.

The growing advancements in military automation and rising demand for electrical actuators are primarily driving the growth of the global actuators market. The military operations around the world are rapidly going for the adoption of automated technology in their military equipment and systems. There has been heavy spending on all three fronts of the military, including land, maritime, and airborne, towards the design and development of modern and advanced automated military systems, thereby enhancing the functionality of their military equipment and systems. Major established manufacturers in the global military actuators market are continuously working on collaborative projects towards developing advanced military-grade actuators considering the barriers they need to uptake and future applications of automated military equipment.

The application of advanced automated technology in military equipment and systems can assist the military in dealing with issues pertaining to military personnel, including enhancement in personnel safety levels and reduced involvement of personnel on the battlefield in the future years while trying to keep the loss of military personnel to a minimum. Automated technology is employed in various military applications, including navigation, detection,intelligence, surveillance,communications, and reconnaissance. In the present times, the levels of military automation range from remotely controlling an unmanned aerial vehicle (UAV) to fully automated military systems. Actuators form an integral part of automated equipment and systems, and therefore, an upsurge in the demand for military actuators is expected in order with the growing advancements in military automation.

On the other hand, the rising demand for electrical actuators is also expected to drive global market growth. Over the past decade, the military actuator industry has witnessed a shift from hydraulic actuators to electrical actuators, owing to the several advantages that they offer, including high efficiency, little to no maintenance requirement, and minimal environmental concerns. Thus, the global military actuators market is forecasted to grow significantly in the coming years during the review period.

The LinearSegment is Expected to Grow at the Highest Rate: The linear segment is expected to registerthe highest CAGR during the forecast period,2021 to 2027. The growth can be attributed to the smooth operation and positioning accuracy of linear actuators. Additionally, linear actuators offer high repeatability, versatility, reliability, and several other advantages, making them more preferred over other actuator types in the military actuator industry.

The Rotary Segment Accounted for a Significant Market Share in 2020: The rotary actuators are employed in a wide variety of applications, which have requirements for a rotary torque or motion to control the speed and the rotational motion of the associated equipment. These kinds of actuators provide zero backlash, high torque, and are suitable for harsh and unfavorable operating conditions.Due to their demand for certain applications in military operations, the rotary actuators are expected to generate significant revenues in the coming years during the forecast timeline.

The Mechanical Segment is Expected to Witness Considerable Growth in the Market: The mechanical segment is expected to grow at a steady growth rate during the forecast period. Mechanical actuators are usually used across military operations where linear movements, including elevation, translation, and linear positioning, are required. They offer several advantages, such as high reliability, operational simplicity, and precision in positioning.

The ElectricalSegment is Forecasted to Advance at the fastest Growth Rate: The electrical segment is likely to advance at the fastest growth rate in the coming years during the forecast timeline. Much of this can be ascribed to the high operational efficiency and negligible maintenance requirement that they have to offer. Electrical actuators enable military personnel to control motion components and systems and work together in multiple complex configurations. Additionally, when it comes to motion control capabilities, the flexibility levels that these actuators offer are better than other actuators available in the global market.