Market Size and Growth of the Global Apparel Retail Market

From 2012 to 2016, the retail sales value of the global apparel retail market increased steadily at a CAGR of 3.9%, reaching a total size of US$1,323.1 billion in 2016. It is expected that the global apparel retail market will experience a faster growth at a CAGR of 4.6% from 2016 to 2021, reaching an estimated retail sales value of US$1,659.5 billion by 2021, mainly driven by consumption trade-up as well as an increase in average selling price especially in developing countries.

The leading regional apparel retail markets in the world include the United States, China and Japan, as well as the European countries, which together accounted for 73.2% of the global market in terms of apparel retail sales value in 2016.

 The United States: The United States has the largest apparel retail market in the world, generating US$273.7 billion retail sales in 2016. The overall U.S. market grew at a CAGR of 2.1% from 2012 to 2016, and is expected to continue to grow at a CAGR of 3.2% from 2016 to 2021, reaching apparel retail sales of US$320.1 billion by 2021. It is expected that innovative apparel products will create stronger demand while the continued development of internet retailing and omni-channel distribution will also drive market growth;

 Japan: Although the apparel retail market in Japan has been rather stagnant over the last five years, it is still a key market in the world with reputable fashion brands that are internationally well-known. In 2016, the total retail sales in Japan amounted to US$69.2 billion, and the market is expected to stay relatively flat with an expected market size of US$68.8 billion by 2021;

 Europe: Affected by the stagnant economy, the European apparel retail market has stayed relatively flat in size from US$338.1 billion in 2012 to US$352.1 billion in 2016 and will see moderate rebound with a CAGR of 2.9% and reach an expected market size of US$406.5 billion by 2021, with all major product categories posting positive growth. Market growth will be driven by further development of online shopping, increasing demand for sportswear and outdoor apparels underpinned by a higher degree of participation in sporting activities and athleisure trends, and greater demand for casual wear to replace formal wear.

According to statistics, the textile and total output value of garment industry in Indonesia decreased YOY, while manufacturing industries in the corresponding period increased in 2015. 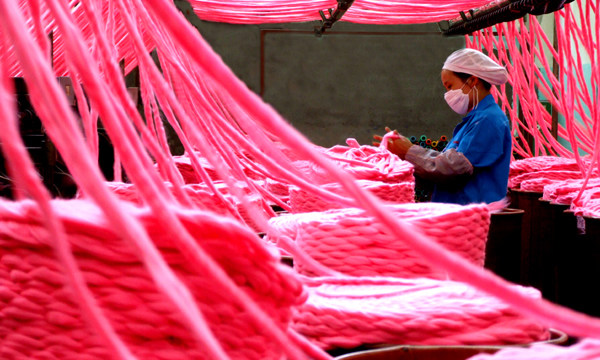 Bioplastic Textiles Market to Surge at 6.60% CAGR, which is anticipated to reach USD 2.09 billion by 2030

The estimated value of the market was USD 1.00 billion in the year 2020. Bioplastic Textiles in Europe held the largest...

The Vinyl Flooring market is anticipated to reach USD 57.23 billion by 2030. The estimated value of the market was USD...

Aerospace Cold Forgings market to Surge at 7.07% CAGR, which is anticipated to reach USD 7.94 million by 2030.