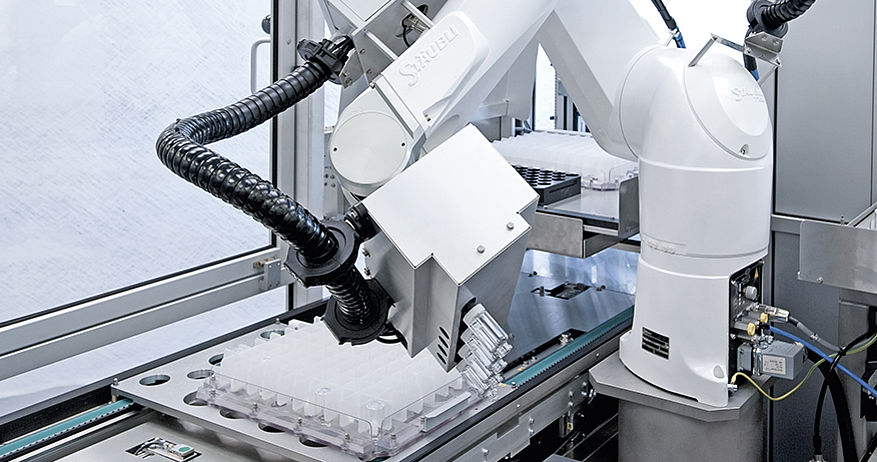 CRI Report has released a report titled “Pharmaceutical Robot Market – Analysis of Market Size, Share & Trends for 2020 – 2030 and Forecasts to 2030” which is anticipated to reach USD 315.71 million by 2030. According to a study by CRI Report, the market is anticipated to portray a CAGR of 12.06% between 2020 and 2030. According to the report, the market is estimated to proliferate owing to the increasing need for robots in clinical trials, drug research, and laboratories for automating operations being driven by the growing need for automation in manufacturing units, as well as the high costs of new drug discovery. Furthermore, major corporations are developing technologically superior robotic devices, fueling the market’s explosive expansion. Moreover, The COVID-19 pandemic is accelerating the use of pharmaceutical robots to address labor shortages, lower production costs, and boost in-house manufacturing through automation rather than outsourcing in order to reduce global supply chain concerns after COVID-19.

“Several conferences, workshops, and exhibitions are being organized throughout the world to raise awareness of robotic systems. The conferences aim to raise awareness of advanced technology and share knowledge among professionals, industrialists, and students working in the field of automation and robotics. These courses also show how robots may be used in the pharmaceutical sector, as well as the benefits and hazards that come with it. As a result, the market for pharmaceutical robots is expected to rise over the projected period due to an increase in conferences, seminars, and exhibits.”, according to this report

Pharmaceutical robots are robots that are utilized in the pharmaceutical business. Manipulators, sensing devices, and robot tooling are all included in these robots. There are numerous advantages to using a robot in the pharmaceutical sector. Robots are three to four times more efficient than people and can work 24 hours a day, seven days a week. Robotics plays a significant part in the production of pharmaceutical medications because, as the demand for pharmaceutical goods grows, many pharma businesses want speed, precision, and automation. These robots may be employed for a variety of tasks, including packing, filling, and inspection. Another benefit of robotics is that it speeds up the drug development process. Robots are also used to manufacture equipment including needles, inhalers, IV bags, and diabetes test kits. Pharmaceutical firms are increasingly incorporating more robotic systems into their operations, indicating that the usage of robotics systems in the pharmaceutical sector has significant potential.

Global Pharmaceutical Robot Market is segmented by Product Outlook into Traditional Robots and Collaborative Robots. Due to a growth in the use of robots in dispensing, sorting, kit assembly, and light machine-tending, as well as in more conventional applications such as packaging and others, the traditional robot category is anticipated to dominate its market share throughout the forecast period.

In the new report, CRI Report thrives to present an unbiased analysis of the global Pharmaceutical Robot market that covers the historical demand data as well as the forecast figures for the period, i.e., 2020-2030. The study includes compelling insights into growth that is witnessed in the market. The market is segmented by Product Outlook into Traditional Robots, Collective Robots. By Application into Picking and packaging, Inspection of Pharmaceutical drugs, Laboratory Applications. By End-User into Pharmaceutical companies and Research Laboratories. Geographically, the market is segmented into North America, Latin America, Europe, Asia Pacific, and Middle East, and Africa.