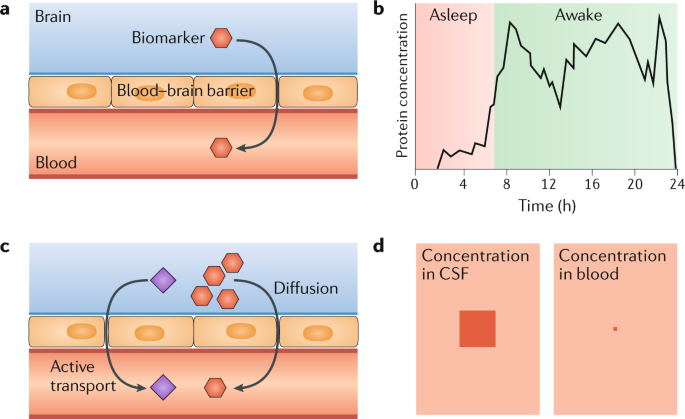 The global CNS biomarkers market is driven by several factors, such as technological advancements, an increase in the use of biomarkers in the diagnosis of neurodegenerative diseases, increasing research and development, and successful clinical trials. According to Alzheimer’s Disease International, in 2020, over 50 million people have dementia, where CNS disorders help in the diagnosis and prognosis of the disorders. Furthermore, recent technologies such as genomics and proteomics, and imaging technologies, several new biomarkers are being developed.

The key players are involved in new product launches, strategic agreements, and joint ventures to augment their market positions. For instance, in September 2020, Siemens Healthineers (Germany) announced a strategic collaboration with Novartis Pharma AG (Switzerland) for biomarker development for Multiple Sclerosis. Furthermore, new product approvals by the FDA are supplementing the market growth. For instance, in May 2019, the N170 CNS biomarker letter of intent was accepted by the FDA for autism spectrum disorder, submitted by Roche (Switzerland) for approval.

North America is expected to dominate the CNS biomarkers market in 2021, owing to the growing geriatric population, the adoption of the latest technologies for CNS disorder treatment, and key industry players across the region. According to the US Census Bureau, the country .constitutesaround 34% of the population aged 65 and older; this number has increased by 3.2% over a year. Among the different regions in the Americas, Maine ranks first with the highest geriatric population. This is increasing the demand for CNS biomarkers across the region since aging increases the risks of brain disorders and other CNS disorders. Furthermore, companies and research institutes are constantly innovating and discovering new technologies and biomarkers. This is supported by the presence of leading key players within the region as well as increasing R&D expenditure. For instance, as of August 2020, USD 23.1 million was funded for brain-related clinical and cancer control research in the US, according to the American Cancer Society.

In Europe, the increase in demand for personalized/precision medicine and the prevalence of neurological diseases in Europe are driving the CNS biomarkers market in the region. According to the report published in October 2020, in Europe, neurological disorders ranked third after cardiovascular diseases and cancer. Furthermore, another report published in July 2020 by King’s College London, by 2047, there will be 2.5 million cases of stroke in Europe, which is a 23% increase from 2017 data.

Asia-Pacific is expected to be the fastest-growing regional market in the forecast period due to factors such asa large customer base, high prevalence of CNS disorders, and improving healthcare infrastructure. China accounts for the highest number of stroke cases in the world, with 354 cases per 100,000 people in 2016, according to a report published in The Lancet in March 2019; this shows the immense application of CNS biomarkers in the region.

The rest of the world includes the Middle East, Africa, and Latin America. These regions are also facing an increase in neurological disorders, which is driving the CNS biomarkers market. For instance, according to a report from Alzheimer’s Disease International 2020, an estimated 6% of the 15 million older people (above the age of 50 years) in Brazil.

The global CNS biomarkers market has been segmented into type, application, and end user.

Based on end user, the CNS biomarkers market is classified into diagnostic labs, hospitals&clinics and research centers. Diagnostic Labs held a significant market share in 2020 due to increasing neurological disorders across the globe and the need for diagnosis for the same.