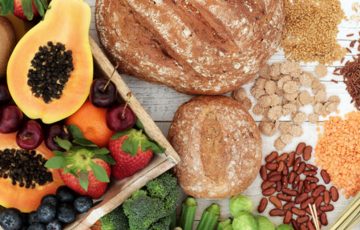 Vitamin D, also referred to as calciferol, is a prohormone or precursor of a hormone. It is a fat-soluble vitamin that is naturally present in a few foods. Vitamin D is synthesized when ultraviolet rays from sunlight strike the skin. As a response to sun exposure, the human body produces vitamin D. Vitamin D intake can also be boosted through certain foods or supplements.

The market has been divided, by region, into North America, Europe, Asia-Pacific, and the rest of the world.

North America is anticipated to hold the largest market share owing to a large number of people opting for a vegan diet. An article published in April 2021 assessed the increasing number of people following veganism in the US. A survey found a 300% increase in vegans between 2004 and 2019.In addition, a report found a decrease in meat-eaters from 85% in 2019 to 71% in 2021. The rich sources of vitamin D include milk, eggs, meat, and fish.Thus, an increasing number of vegans in the region is anticipated to boost the number of people suffering from deficiency of Vitamin D. Moreover, a growing number of research studies utilizing vitamin D test kits is expected to propel the market growth in the region during the forecast period. Some of the current examples of ongoing clinical trials include understanding bone mineral density by checking levels of vitamin D at Arkansas Children’s Hospital and absorbance of nano liquid D3via 25(OH)D blood serum test at Inspired Life Medical Office, Minnesota. The vitamin D testing market in North America is further categorized into the US and Canada.

Europe is anticipated to hold a significant market share owing to a large elderly population and easy availability of products for vitamin D testing.The European vitamin D testing market has been categorized into Germany, France, the UK, Italy, Spain, and the rest of Europe. The clinical research studies associating vitamin D levels with different conditions such as cancer, COVID-19, and certain neurological disorders are expected to increase the requirement for reagents, kits,and equipment required for clinical as well as pre-clinical testing. An article published in MDPI during November 2020, based on a clinical study on COVID-19 patients conducted in France, concluded better survival rates of the elderly population consuming vitamin D supplementation. Aging reduces vitamin D production in the skin. According to the UN’s report World Population Ageing, 2017,24.6% of the population of Belgium In 2017 was over 60 years old, and it is projected to increase to 32.4% by the year 2050. Thus, a growing geriatric population, research on vitamin D,and government support for research are anticipated to increase the lucrativeness of the vitamin D testing market in the region during the forecast period.

The vitamin D testing market in Asia-Pacific has been segmented into Japan, China, India, South Korea, Australia, and the rest of Asia-Pacific. The growth of the vitamin D market is anticipated during the forecast period owing to an increasing population prone to vitamin D deficiency.According to an article published in The Journal of Clinical Endocrinology & Metabolism, Indian and Pakistani immigrants in southern US states develop vitamin D deficiency, rickets, and osteomalacia. Compared with Caucasians, Asians have lower serum 25-hydroxy vitamin D. Research institutes and NGOs collaborating for awareness and advancement of vitamin D status in the region are expected to increase the diagnosis rate through vitamin D testing. Organizations such as the Sackler Institute for Nutrition Science at the New York Academy of Sciences and the Bill & Melinda Gates Foundation in January and March 2017 convened in order to assess the global prevalence of vitamin D deficiency, particularly in low and middle-income countries.The vitamin D testing market in Asia-Pacific is expected to be the fastest-growing. The vitamin D testing market in the rest of the world has been divided into the Middle East, Africa, and Latin America.

The global vitamin D testing market has been segmented based on type, test, application, and end user.

The market, based on type, has been divided into kits, reagents, and instruments. The reagents segment is likely to hold the largest market share in the global vitamin D testing market due to its higher usage frequency.

The vitamin D testing market based on application has been segmented into clinical testing and research testing. The clinical testing segment is anticipated to hold the largest share in the market due to the huge demand from patients for assessing vitamin deficiency.