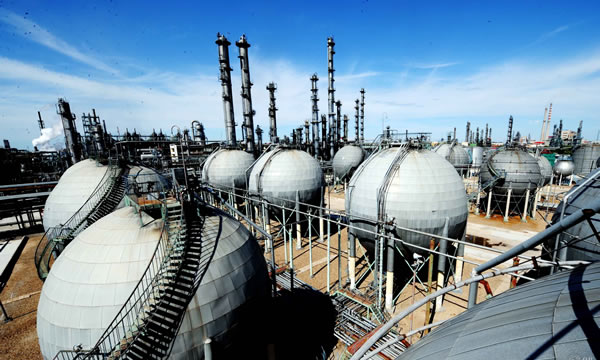 The global base oil market is projected to be valued at USD 39,683.45 million by the end of 2028, registering a CAGR of around 4.71% during the forecast period.

Base oil forms the primary raw material for any types of lubricant or grease used across the world. Lubricants are obtained by adding various additives to base oil in order to improve its viscosity, hydraulic stability, high-temperature performance, and cleaning properties. While lubricating greases are manufactured by blending base oil with additives and thickener. Base oils are mainly derived from three types of sources, namely mineral oil, synthetic oil, vegetable oils. Out of these three, the mineral oil source accounts for over 70% of the lubricants and greases used in the world.

Lubricants are widely used in various types of machines, including automobile engines, hydraulic systems, and industrial machinery. Lubricants play a key role in the trouble-free operation of a machine assembly by reducing the friction between moving parts and help in managing the machine temperature.Changing lubricants at regular intervals helps minimize the wear & tear and instance of machine breakdown. As a result, modern-day machines and automotive engines are often accompanied by specific instructions about lubricants to be used with assembly and lubricant change intervals.The growth of the automotive sector is expected to provide a major boost to the base oil demand over the forecast period.

Lubricants based on synthetic base oils such as PAO (Polyalphaolefin) are extensively used in various automotive applications such as hydraulic oils, gear, and bearing oils. These oils exhibit a superior operating temperature range than mineral oils and a high viscosity index. They are also employed as base fluids in some wide temperature range greases. With growing sales of modern automobiles in Asia-Pacific and growing demand for fuel-efficient vehicles is expected to drive the demand for synthetic lubricants and thereby the demand for base oil over the forecast period.

The global base oil market has been segmented on the basis of the group, application, and region.

Based on group, the base oil market has been segmented into Group I, Group II, Group III, Group IV, and Group V. Among these, the Group II base oil segment is expected to grow at the fastest CAGR of 6.58% over the forecast period. Progressive replacement of Group I base oils with the Group II base oils due to changes in automotive engine designs and adoption of strict emission control norms such as Bharat Stage IV (BS-IV) in India and China 6 in China isanticipated to drive the demand for Group II base oils over the forecast period. Moreover, the growing adoption of synthetic lubricants is expected to drive the growth of the Group IV segment in the upcoming period.

On the basis of application, the global base oil market has been divided into engine oils, gear oils, metalworking fluids, general industrial oils, greases, process oils, others. The other applications segment is inclusive of base oil usage in agriculture, additives, and detergents/dispersants. The engine oil segment with a 58.34% share dominated the global base oil market in 2020. The growing use of engine oils in the after-market segment in order to ensure the optimum performance and increase the longevity of an engine assembly was the primary factor responsible for segment growth.