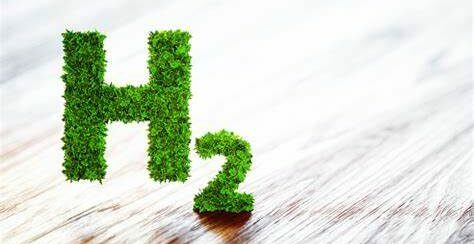 The Green Hydrogen Market is projected to reach $4,455.8 million by 2031, reveals the premium market intelligence study by CRI Report. The study also highlights that the market is set to witness a CAGR of 5.13% during the period, 2021-2031.

Green hydrogen is a hydrogen-produced fuel obtained from the electrolysis of water with electricity generated by low-carbon power sources. It is an energy carrier that can be used in different applications, such as oil and gas, petrochemicals, electric vehicles, and power generation. However, its actual use is still very limited. Green hydrogen is mainly used for crude oil refining and the synthesis of ammonia and methanol, which account for nearly 75 percent of the total demand for pure hydrogen and mixed hydrogen.

USP of the Report

Analyst’s take on the market

According to this report, “The global green hydrogen market is driven by the rapid evolution, and there has been an increase in the growth of the research and development activities by many important players in this market. In addition, in order to expand their overall global footprint, green hydrogen producers are launching new technology and expanding their businesses to target a great audience during 2021-2031.”

Key companies operating in the market

Players analyzed and profiled in the study involve green hydrogen producers and component providers that capture a maximum share in the oil & gas and petrochemical market. Moreover, a detailed competitive benchmarking of the players operating in the global green hydrogen market has been done that will help the reader to understand how players stack against each other, presenting a clear market landscape. Additionally, comprehensive competitive strategies such as partnerships, agreements, and collaborations would aid the reader in understanding the untapped revenue pockets in the market.

Application: The green hydrogen market has been segmented based on application, including oil & gas, petrochemical, electric vehicle, power generation, and others. The major end users of green hydrogen in the oil and gas industry include different refining processes such as hydrocracking, hydroisomerization, hydrodealkylation, and hydrodesulphurization. The essential driver behind the adoption of green hydrogen in the oil & gas industry is reducing sulfur dioxide emissions and removing sulfur to prevent catalyst poisoning.

Region: The regions discussed in this report include North America, Europe, Asia-Pacific, China, the U.K., and Rest-of-the-World. Europe is expected to account for the highest growth in the global green hydrogen market during the forecast period. The increasing demand for zero-emission energy in various end-user industries, such as oil & gas, petrochemical, electric vehicle, power generation, has led to a wide acceptance of green hydrogen, over time.

Key Questions Answered in the Report