Owing to the booming macro economy and large investment in fixed assets, the total output value of construction in China registered a robust growth in the past few years, rising from CNY 11,646.3 billion in 2011 to CNY 19,356.7 billion in 2016, representing a CAGR of 10.7%. In 2015, due to the decreased growth rate of investment in fixed assets and the arrival of “new normal” phase, the year-on-year growth rate of the total output value of construction demonstrated a downhill from 10.2% in 2014 to 2.3% in 2015.

However, China launched the 13th Five-Year Plan in 2016 with the goal to achieve well-off society in an all-round way by 2020 and to accelerate the increase of urbanization rate, which led to the recovery of the construction of social housing, resettlement housing, and infrastructure.

Meanwhile, benefiting from the advanced promotion of PPP mode, the growth rate rebounded to 7.1% in 2016. Going forward, driven by the continuous government investment in infrastructure construction and favorable policy on urbanization, especially the policy to promote the urbanization process in the Midwest area, the total output value of construction industry of China is expected to continue to grow and is estimated to reach CNY23,053.6 billion in 2021. 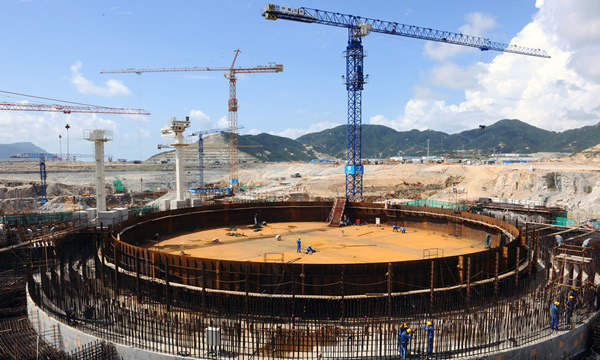 According to the data from relevant departments of the Chinese government, from Jan. to Nov. 2018, the sales volume of excavators...

In line with the growth of China’s economy and the accelerated fixed assets investment, realestate investment in China has increased rapidly....